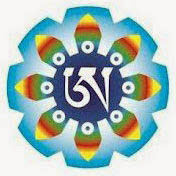 Yantra Yoga for Santi Maha Sangha will cover beginning pranayamas and easy yantras for discovering the different kinds of holdings.

Session 2 of the Demystifying Santi Maha Sangha in 30 Sessions according to the base text, The Precious Vase will resume on Monday, November 16, 2015. 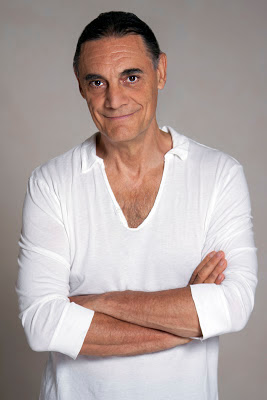 
Posted by Jacqueline Gens at 3:58 PM No comments: 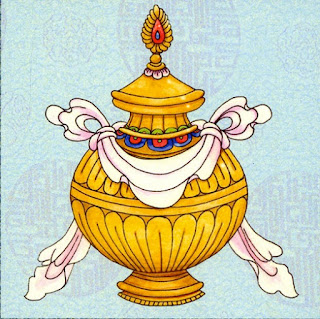 The Mirror has published The Long and Enduring Road Home: Revisiting the Precious Vase by Chogyal Namkhai Norbu.  The article seeks to encourage new and old-time practitioners to consider seriously the importance of Santi Maha Sangha study for the future of Dzogchen.  As such it is both an invitation and encouragement to return or enter into this magnificent training.


In the ancient language of Oddiyana Santi Maha Sangha means Dzogchen Community. The training thus is a course of study and practice implemented in 1993 by Chogyal Namkhai Norbu, which begins with a Base level and proceeds through nine levels that develop diverse aspects of the Base both in the theoretical and in the practical planes, organized in such a way as to make up on both planes a gradual course allowing to form good practitioners of Dzogchen as Path of Self-Liberation / Spontaneous Liberation, through the maturation of Knowledge on the basis of concrete experience.

That training comprises the complete teachings of Garab Dorje, as well as instructions to deepen the knowledge and practice of the three series of Dzogchen teachings —Semde, Longde and Menngagde or Upadeshavarga— as well as the theory and essential practices of the levels of the Path of Transformation made up by the vehicles of Tantra and those of the Path of Renunciation may up by the vehicles of Sutra.
Chogyal Namkhai Norbu has expressed his wish that all Dzogchen Community members undertake at least the training of the SMS Base level. In fact, although entering the state of Dzogchen entails going beyond the intellect, in order to achieve this it is necessary to use the intellect, on the one hand in order to develop the required faith, and on the other because the practitioner must be able to distinguish among the principles of Renunciation, Transformation and Self-Liberation, and place each teaching and practice in the corresponding category, understanding each of these well and discriminating among their principles, in order to avert confusion due to the seeming contradictions among the lower and higher levels—and thus be able to proceed on the Path.

The Santi Maha Sangha training is essential to grant the continuity of the Dzogchen Knowledge and teaching: whoever takes this commitment works on behalf of her or his own individual realization and that of all sentient beings, gradually training in the practices of all levels and deepening on the principles of each of them—which is conducive to the attainment of total realization in this very life.

Currently there is a 30 week study program on the Base as presented in the Precious Vase taught by Lynn Newdome, Demystifying Santi Maha Sangha in 30 Lessons which meets most weeks. This study group is both live or via MP3 download as a podcast. People from all over the world are participating. 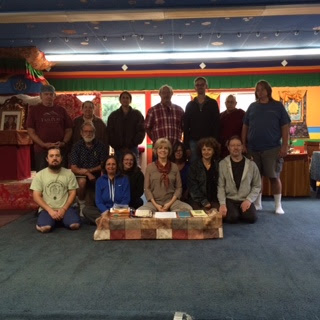 Session 11 begins on November 16, 2015 for another six classes followed by a day of practice. 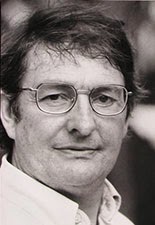 Qualified individuals who have passed exams may participate in the following courses. Click on the links below for schedule.


Posted by Jacqueline Gens at 5:25 AM No comments: 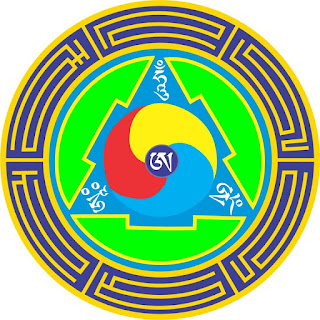 The Tsegyalgar East Gakyil sends a big thank you to all members who attended either in person or by webcast the Community meeting held on October 3.

On October 7th, new members Matt Hayat for the Blue Gakyil and Amanda Polluck for the Red Gakyil were approved by Chogyal Namkhai Norbu. We had our first meeting of this new Gakyil on Sunday October 18, which was very productive and harmonious.


The Tsegyalgar East Gakyil will continue to send updates on the latest meetings and activities of the Gakyil soon but first wanted to send a quick intro and welcome to our two latest gakyil members.

Meet Matt
Matt Hayat recently joined the Blue Gakyil. He has been a student of Rinpoche for about 11 years and previously served on the Blue Gakyil at TE from 2006-2008. From 2012-2015 he was on the Board of Directors for the US branch of the Shang Shung Institute. In his day job he is a university professor and researcher in the public health field. Matt lives in Atlanta.

Meet Amanda
Amanda Pollock recently joined Red Gaykil. She has been a student of Rinpoche and member of the community since 2013. She came to the area From New York City, where she was a theatrical lighting tech and stage manager to attend Smith College in 2008 and received a BA in English and Education. She is a paint contractor and She is an organic farmer at Four Corners Farm In Worthington MA. She is excited about creating Karma Yoga events and finding innovative ways we can sustain our properties both physically and financially. Amanda lives in Huntington, MA. 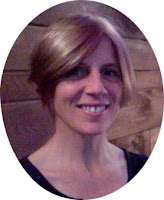 Posted by Jacqueline Gens at 6:24 PM No comments:

Explanation for World Wide Transmission on the Anniversary of Adzom Drugpa 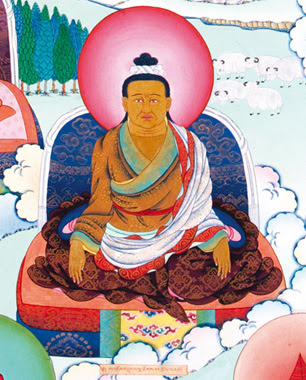 Jim  Valby will give an explanation* on October 29, 2015 for the World Wide Guru Yoga Transmisson on the Anniversary of Adzom Drugpa with Chögyal Namkhai Norbu scheduled for webcast on November 6th at 7:00 AM EST

*The Explanation is required for first time participants
Live webcast The World Wide Transmissions are broadcast as live webcasts or individuals may attend at most Gars. Generally the explanations of the practice by senior students are available by teleconference from Tsegyalgar East. To access the live webcast on November 6, visit the webcast page here on November 6 at 7:00 AM EST. [There is a world wide time converter on that link]

It is advisable that all participants plan early to contact the secretary and acquire the necessary texts well before the explanation date or the US Shang Shung Bookstore here for the Guru Yoga Book.


Known as 'The Wanderers Tamer' Adzom Drukpa (1842-1924) — Drodul Pawo Dorje ('gro 'dul dpa' bo rdo rje); Was the incarnation of Ma Rinchen Chok (rma rin chen mchog) and one of the greatest Dzogchen masters of the early twentieth Century. He was the disciple of both Jamyang Khyentse Wangpo and Paltrul Rinpoche, and teacher to the 2nd Jamyang Khyentse, Chokyi Lodro. Trusted dharma-friend and contemporary to Jamgön Mipham, he received teaching and transmission from such master as; Kathog Situ, Shechen Thutob Namgyal, Kongtrul Lodro Thaye and Kathok Moktsa Rinpoche. Also received visions of Rigdzin Jigme Lingpa, whereby he was taught directly, and Khandro Yeshe Tsogyal. After taking up the life style of a Terton, he became an inheritor of hidden-treasure and prolific author. Thus he was one of the most important masters of Longchen Nyingtig lineage and essential link in the Nyingtig’s Oral-transmission of Yeshe Lama and Tsa-Lung. Two of his main student were is sons Agyur Rinpoche and Pema Wangyal, however 13 of his students were known to have achieved rainbow body.


Posted by Jacqueline Gens at 12:58 AM No comments:

We are happy to inform you that the September 2015 issue of The Mirror has just been uploaded to melong.com and is available for downloading, viewing offline and printing out. This time it is more of a ‘Russian’ edition, with an excerpt from Chögyal Namkhai Norbu’s teaching on Guruyoga from Kunsangar North this summer, our ‘Focus on Kunsangar’, the Russian-speaking Dzogchen Community, with their numerous Lings spread across Ukraine, Russia, Belarus, Latvia and Lithuania, and even our ‘Featured  Artist’, Nick Dudka, a native Russian speaker.

For those interested in travel and adventure combined with Buddhist culture, Jamyang Oliphant takes us on his fascinating travels through Ladakh on behalf of Shang Shung UK’s Insight Tours this summer and then accompanies Rinpoche on his second teaching trip to the Land of the Thunder Dragon, Bhutan, early in September during which he gave teachings in Paro to more than a thousand students and also inaugurated the first Bhutanese Ling in Thimpu.

A new section called ‘Traveling the World’ illustrates the many places around the globe that Chögyal Namkhai Norbu has recently visited and where he has given teachings.

Our editorial for this issue, ‘Working with Others – Finding Balance’ was kindly written by Elio Guarisco. The section devoted to the Shang Shung Foundation presents some important developments for the IDC concerning Khaita Dances, a detailed description of the unique Zikhang Tibetan Library at Merigar West, as well as an account of celebrating the 10th anniversary of Shang Shung Institute’s School of Tibetan Medicine in the USA, directed by Dr. (Menpa) Phuntsog Wangmo.Giovanni Boni, the Dzamling Gar project’s engineer gives a detailed report on how work is progressing at the Global Gar in Tenerife, Spain, and the first Cinerarium in the International Dzogchen Community is inaugurated at Merigar West in August.

In addition, this issue presents three book reviews including Shang Shung Publications’ recent two-volume ‘The Dance of the Vajra’ and ‘Secret Map of the Body’, and two articles - ‘The Long and Enduring Road Home – Revisiting The Precious Vase’ by Jacqueline Gens and Emmanuel Jouan’s ‘Working with Injuries and Physical Challenges in Yantra Yoga’.

We hope you enjoy the issue!

Posted by Jacqueline Gens at 11:21 PM No comments: 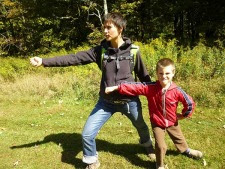 Martina is a certified local instructor of the 1st level of Yantra Yoga. She has been a student of Chögyal Namkhai Norbu since 2005. She comes from The Czech Republic. Martina lives and works as a Registered Nurse in Western Massachusetts.

Yantra Yoga’s unique series of positions and movements is a superb method to attain optimal health, relaxation, and harmony through the coordination of breath and movement. This course is the foundation for further study and practice of Yantra Yoga.

We will study a system of Complete Breathing, the 9 Purification Breathings, Tsijong or Loosening of the Joints and a focus on the Lungsang, or the Eight Movements.

To Register and pay online visit here.
Posted by Jacqueline Gens at 10:12 PM No comments: 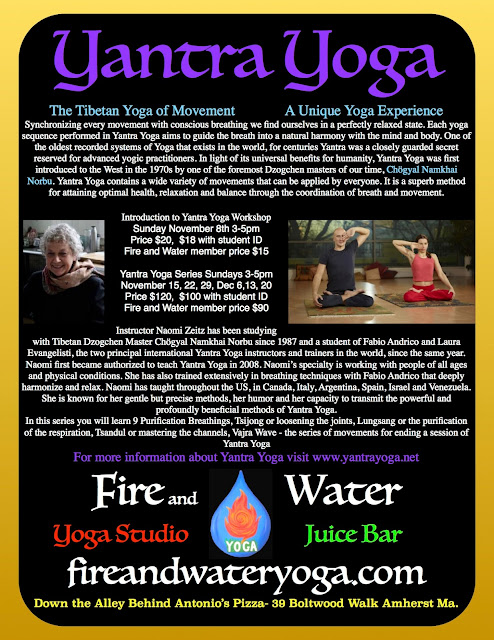 Posted by Jacqueline Gens at 7:53 PM No comments: