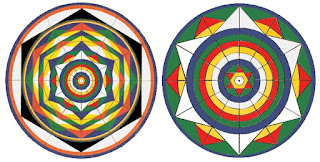 During the first half of 2012, the VH fundraising team launched an international initiative to raise the funds needed to complete the construction of the VH. Beginning with a  slow start last February 2012, the project got a big boost from the inspired collaboration of Prima Mai along with Kyu Khandro and other Vajra Dance instructors globally- who organized a highly effective grassroots appeal-- region by region, and country by country.

By the end of May 2012,  the deadline for pledged funds to be matched by a local donor was met.  A tremendous momentum of joyful collaborative giving occured in the last few days of May- fullfilling the financial goal. Perhaps, as important of the fund raising, was the devotion manifested from all parts of the world for the Transmission of the Vajra Dance, and the purpose of the Vajra Hall- relating to its origins and the honoring and preservation of the Terma site.

Donations and pledges came in from over 25 countries, from hundreds of individuals, as well as many Gakyils and Lings globally. Approximately $145,000 of pledges and donations were made during this period, and of this amount approx $122,000 have been received. In 2012 actual donations received from this initiative, matching funds, and prior year pledges combined came to $365,000.

Expenditures on the VH project incurred in 2012 were approx $240,000, leaving a balance in the account approximating what will be required in 2013 to complete the major elements of the
building (the Universal Mandala, the Longsal Spire, etc), in preparaton for the inauguration with Rinpoche in 2014. Additional funds will likely  be needed for creating webcasting capability,
landscaping, decorating, etc.

Tsegyaglar East and the Vajra Hall fundraising team send best wishes for Losar and heartfelt thanks to all in the Global Community who have made Rinpoche's vision of the Vajra Hall a reality. It exists for all of you and to benefit the Transmission for beings everywhere.

We welcome you to the Vajra Hall and hope to see you at our inauguration in 2014.


***the right hand mandala has been completely filled by donors! 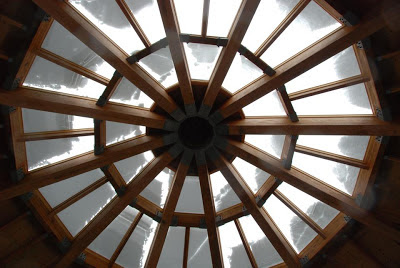 Posted by Jacqueline Gens at 7:21 AM