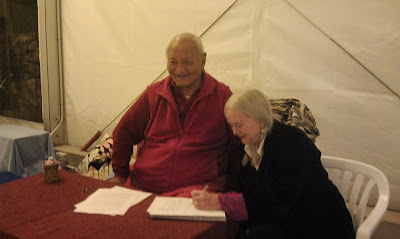 The 11th century teacher Machig Labdrön evolved two paths of practice: the Father and Mother Lineages. The Mother Lineage came from Machig’s own experiences with direct transmissions from female deities such as Tara and Vajra Yogini, her own meditation experiences, and the practices she evolved through teaching and practicing as a woman in her lifetime. The Father Lineage evolved from her male teachers, thus the word “father” was used. Machig was the only teacher to develop this distinction between male and female lineages. It allowed her to honor both the lineage from her teachers, and the teachings that came directly to her.

In Machig’s time, there were some disciples that held both lineages, as well as those that held one or the other. Both men and women held these lineages; it was not the case that one was for women and one was for men. For example, Machig’s second son, Tönyöm Samdrub, was the main holder of the Mother Lineage.

At Tara Mandala, Lama Tsultrim has chosen to follow this model. The Father Lineage was established through the Gateway Program which began in 2013 and is carried on in all the other practices she teaches from her male teachers. She is now introducing the Mother Lineage in the form of the Magyu Program. To read more 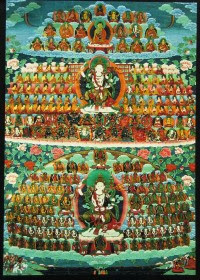 There will be a live webcast on January 12, 2014 at 10:00 AM MST  with Lama Tsultrim about the program.  Visit here to access the webcast at the appointed time.


*Dam Trog  means "Samaya Fellowship", where the organizations function independently but have a close association and transmission and exchanges of teachers and teachings.