Tsegyalgar East is honored to present a performance of the Gurdjieff Movements rarely performed in public on the auspicious occasion of the inauguration of the Mandala Hall  during our 30th Anniversary celebration. Early members of the Dzogchen Community studied these dances in the 1970's under the direction of their then teacher, Mr. Paul E. Anderson, a close disciple of G.I Gurdjieff, who first invited Chogyal Namkhai Norbu to teach his students in Conway, MA in 1982. 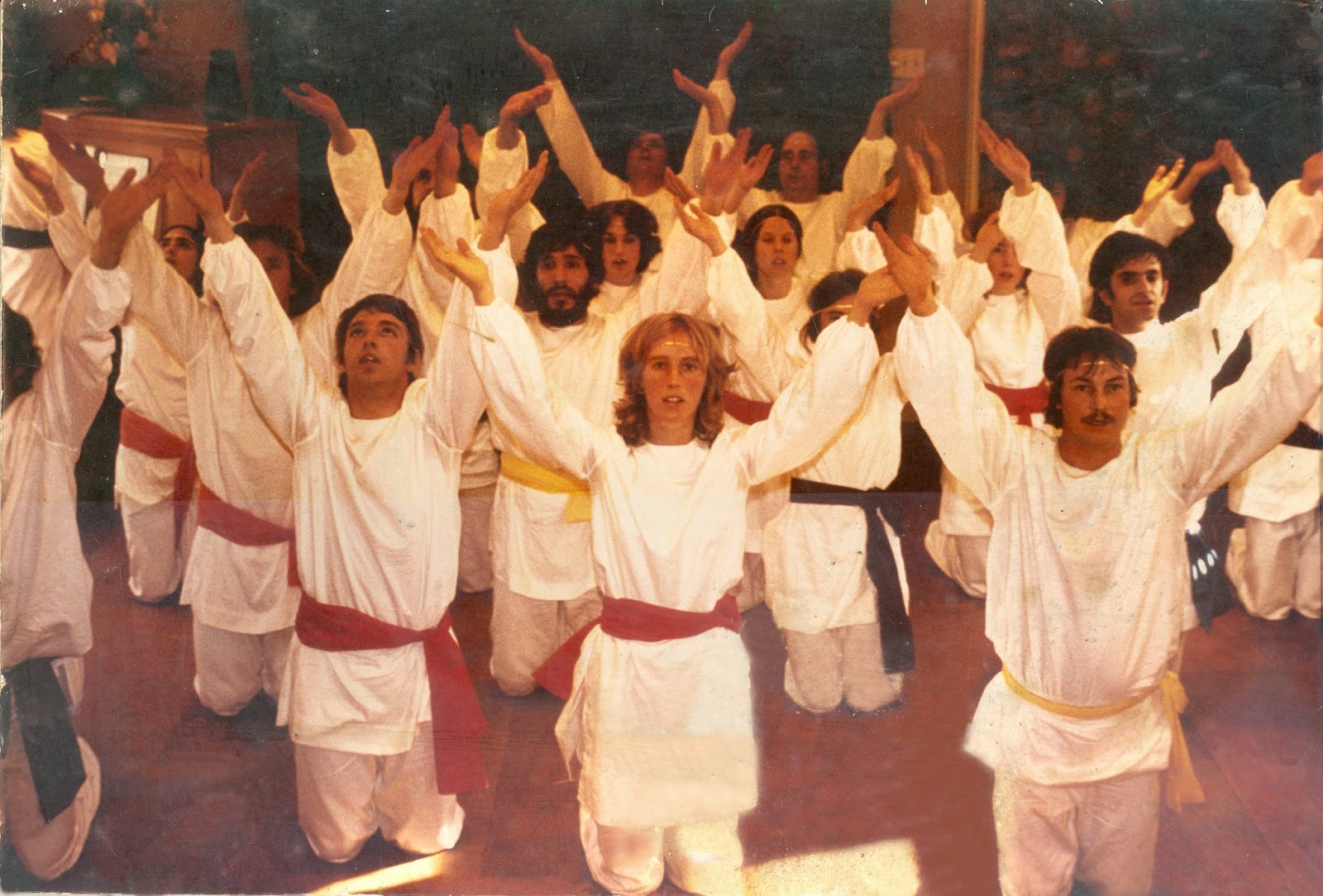 {Al Daggett L and John Foster R, current gakyil members
Gerry Steinberg is in the middle with full hair/beard, Paula Berry to Gerry's left, Laurie & Efrem, Vern and others like Kathy S and Joe, etc are in there too].

Thus, sacred dance has been a prominent part of our community culture from its onset culminating in the extraordinary Teachings of the Vajra Dance conceived and discovered by Chogyal Namkhai Norbu at Khandroling.

Margit Martinu who is both an authorized Vajra Dance instructor in the International Dzogchen Communtiy as well as a prominent Movements teacher has organized a program to present during out 30th Anniversary Celebration on July 13, 2014. Visit her beautiful website for further information about the Sacred Gurdjieff Movements,  http://www.gurdjieffmovements.it/

Pianist Elan Sicroff  will  also perform on the evening of July 13, 2014, the musical compositions of G.I Gurdjieff and Thomas de Hartmann.

Western Massachusetts has a strong connection to sacred music, particularly the Sacred Harp tradition and the composition of many important hymnals tracing back to the original settlements in the valley that revitalized spiritual practice throughout early America. Our programs of contemporary Tibetan music and song as well as our Vajra Dances resonate with this spirit of collective participation as a joyful and devotional expression of our human potential.  Indeed, this region is no stranger to spiritual groups dating back to the early 19th century when many small enclaves of Utopian communities flourished.

For a history of Sacred Music in Western Masachussetts
watch this video of a recent conference in Northampton.

Posted by Jacqueline Gens at 8:49 PM