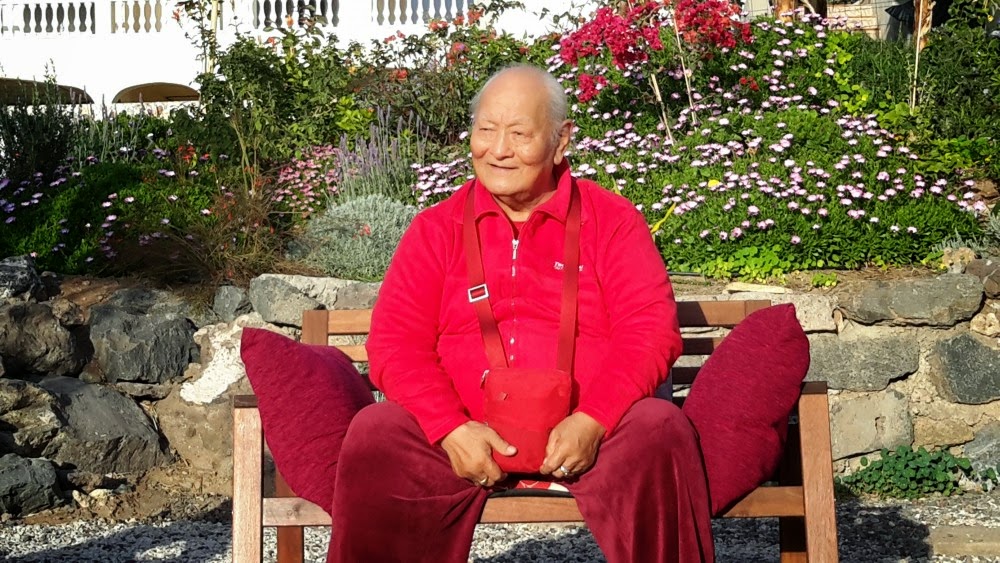 [Photo by Lilly Granger, courtesy of the Mirror]


In the Western world we are organizing retreats and teachings and everybody participates. There is an entry ticket and people should pay. The reason is that when you invite a teacher and you are organizing a place and everything, it is expensive and you need to have money, otherwise it cannot be done. But when we think a little of ancient times and how it started, there is a possibility that we can go in that same way. The teachings are for people who are interested, not only for people who have money. We know that and we should generously help other people to have the possibility to participate. For that reason I wrote an article (see http://melong.com/?p=1580) on how to go ahead and organize the teachings. After I wrote that article, we started not asking people to pay. But there are always people who invite the teacher and organize; this activity is called jindag (sbyin bdag). Contiinue

Posted by Jacqueline Gens at 12:17 AM