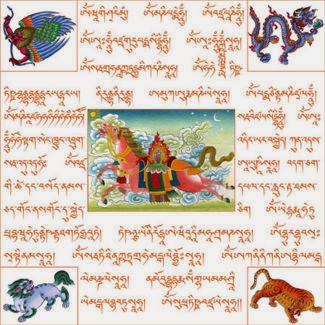 
"The word lungta (ཀླུང་རྟ་, klung rta) is composed of two syllables: the first, lung, represents the element 'space' in the fivefold classification of the elements 'earth, water, fire, air and space' and signifies 'universal foundation' or 'omnipervasiveness'. [...] The second syllableta (horse) refers to the 'excellent horse' (རྟ་མཆོག་, rta mchog), and since in ancient times in Tibet the horse was the symbol of travelling with the greatest speed, in this case it seems to refer to the transmutation of every thing that depends on the five elements from negative to positive, from good to bad, from misfortune to good fortune, from baleful portents to auspicious signs, from poverty to prosperity, and it implies that this should ensue with the greatest speed." 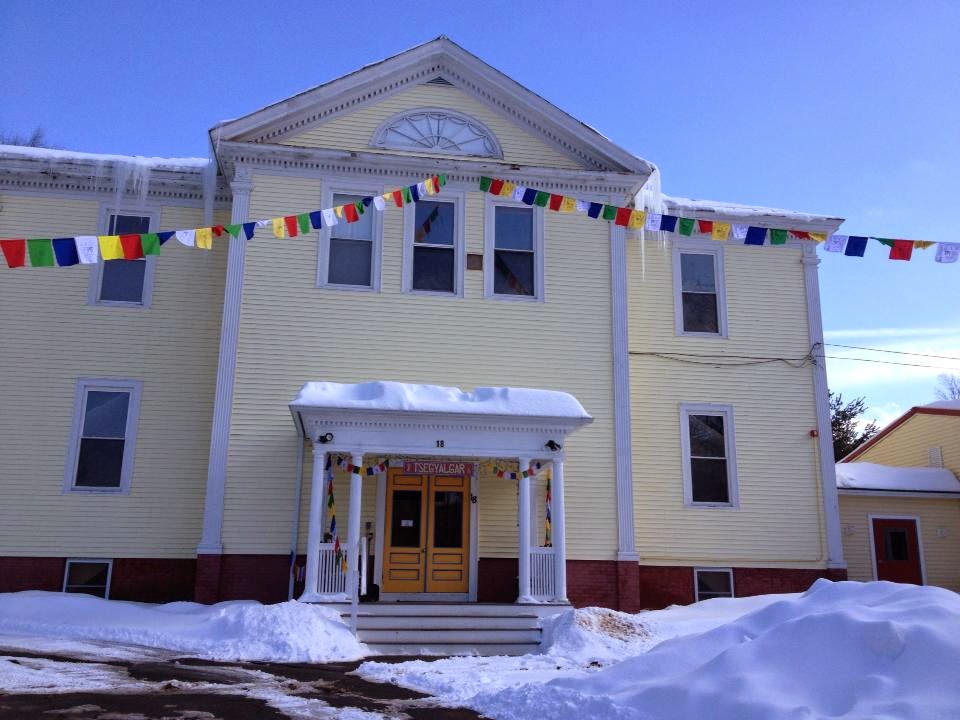 Each year on the designated date considered auspicious for raising the Lungta flags, Tsegyalgar East goes through considerable effort to place these around the  schoolhouse and on Khandroling if the roads are passable.

Our geko, Jeremy Keaton, captured this year’s undertaking in the following photos. 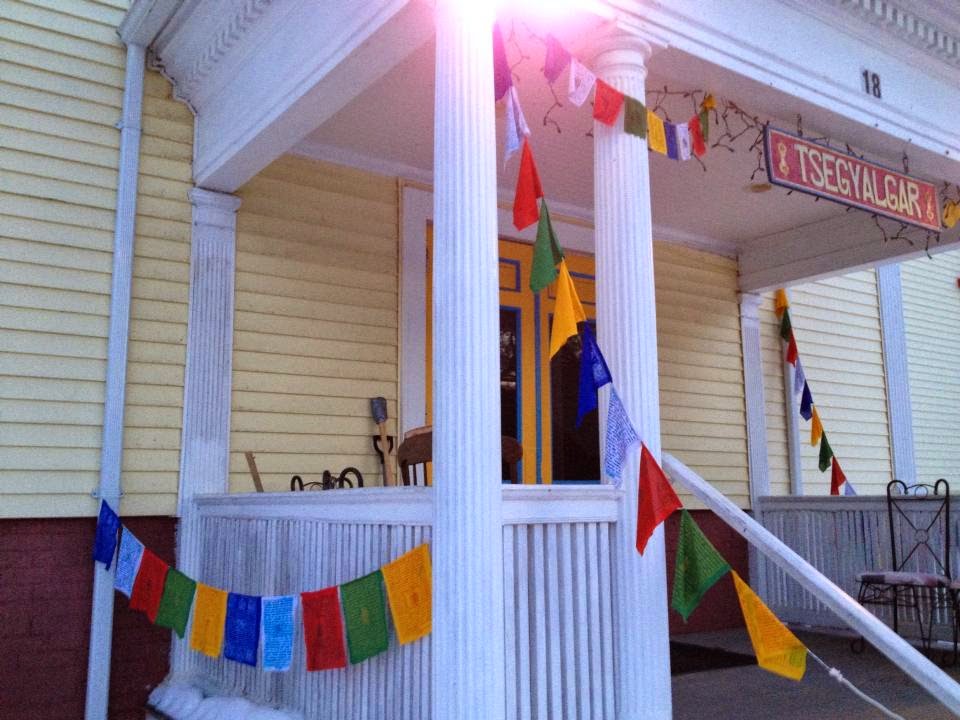 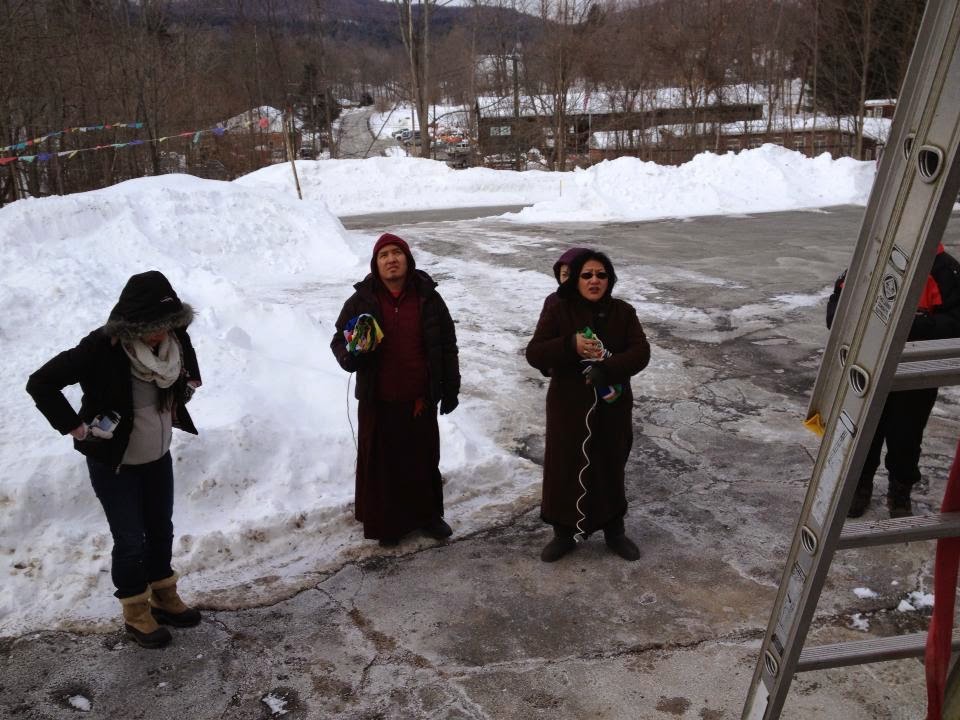 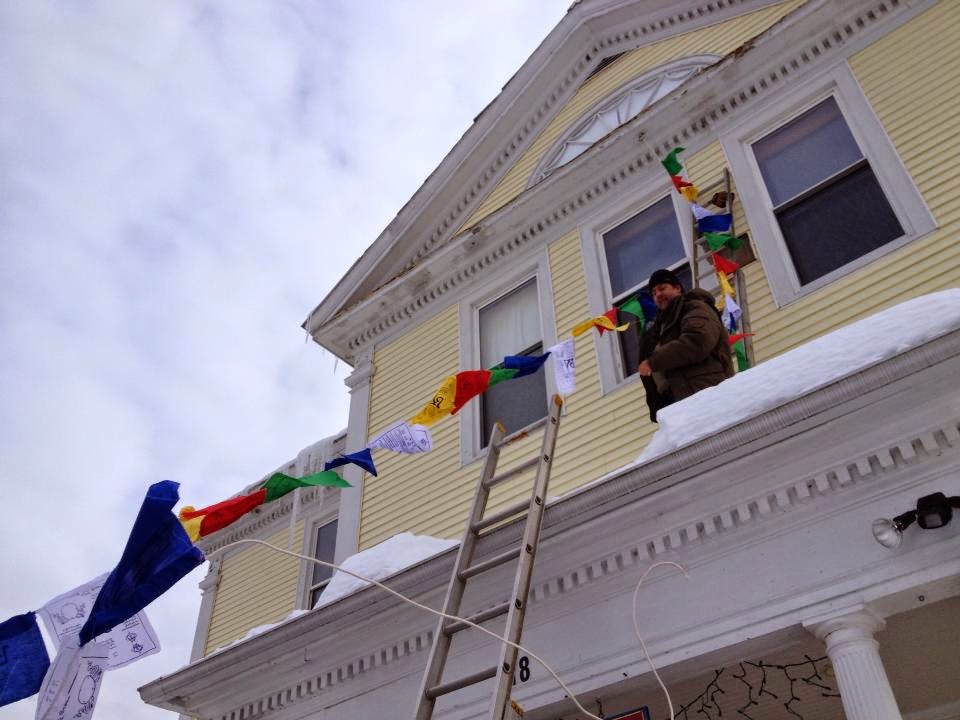 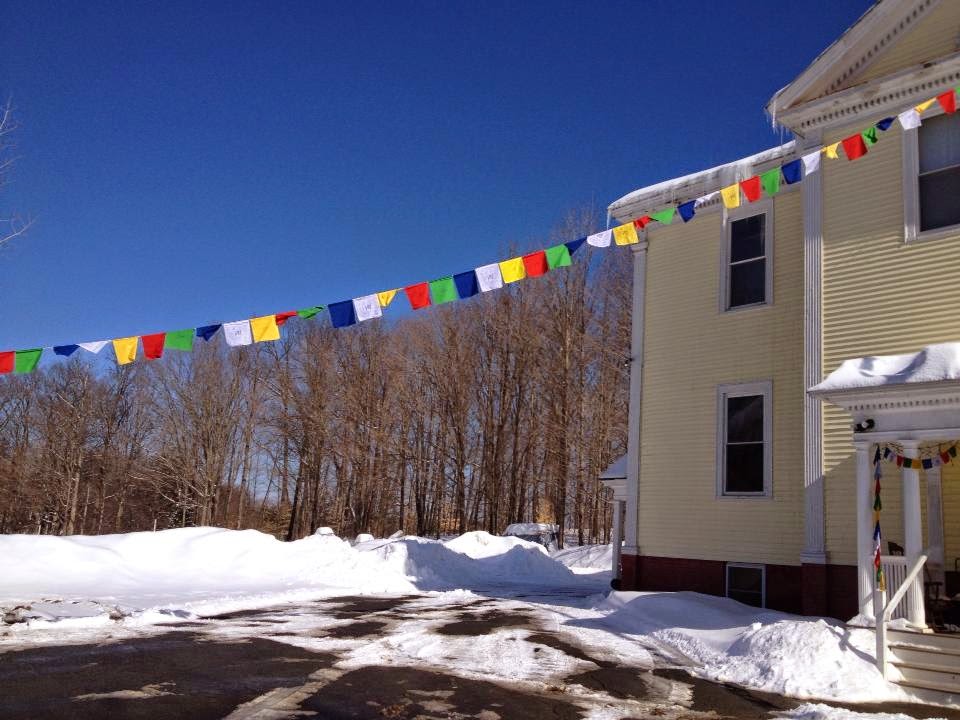 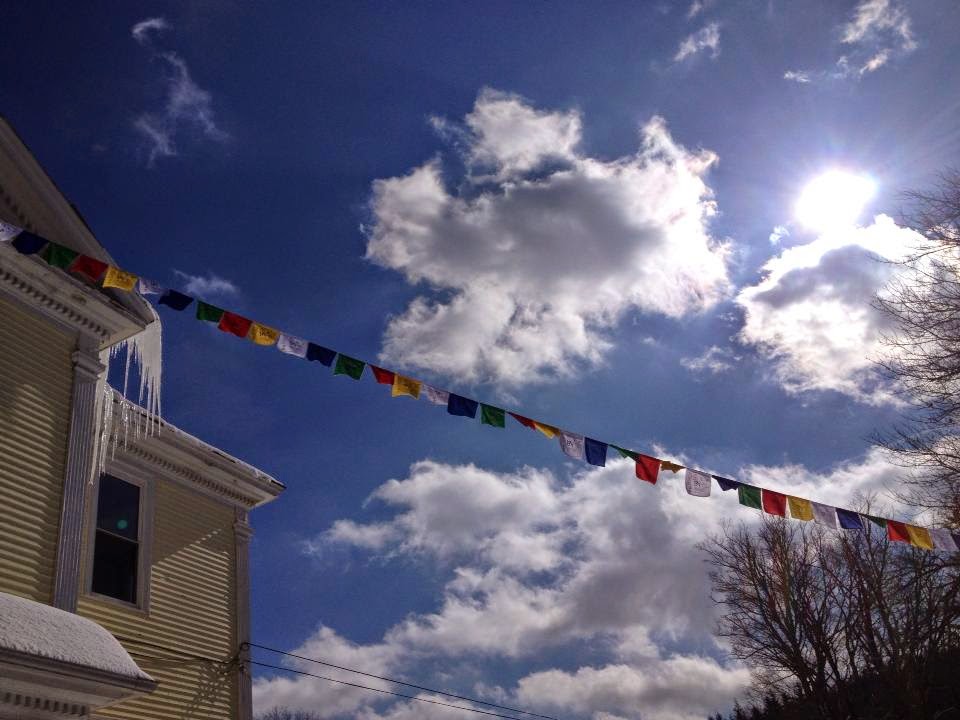 The kind of Lungta Tsegyalgar East uses are flags imprinted with an AH and Song of the Vajra (seen below).  These can be ordered through the Shang Shung webstore

Posted by Jacqueline Gens at 11:53 PM