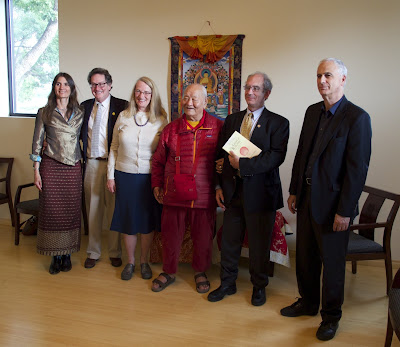 It was extraordinarily fitting and auspicious that this year’s teachings in Colorado by our teacher, Chögyal Namkhai Norbu, began with a retreat at Naropa University, and resulted in the creation of a new Dzogchen Community of Colorado. Colorado has been a major center of Tibetan Buddhist teaching and practice for decades. Perhaps best known is Boulder’s history as the center of Chögyam Trungpa Rinpoche’s activities, which in many ways set the tone for the widespread practice of Tibetan Buddhism throughout North America. The entire state, though, has been a powerful location for practice, with many important centers such as Tara Mandala, the magnificent stupa at the Rocky Mountain Shambhala Center, and the numerous permanent retreat facilities founded by important Tibetan teachers on the Baca Grande land grant near Crestone. Nonetheless, the open teaching of the essence of Dzogchen for which Rinpoche is famous has not been common, so that his retreat in Boulder had very much the character of a new beginning.

--Reprinted from the Mirror. To read more, visit here. 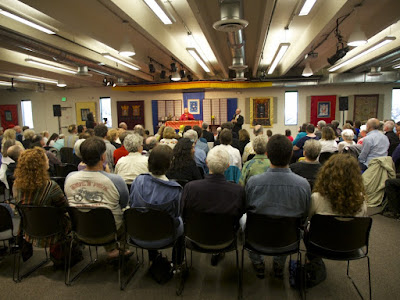 Posted by Jacqueline Gens at 3:37 AM