Mastering the Art of Beautiful Writing in Tibetan with Tashi Mannox

During his course April 4-6, 2014 co-sponsored by Shang Shung Institute and the Khandroling Paper Cooperative here in Conway,MA, British artist Tashi Mannox wowed us all with his magnificent workshop on Tibetan letters. The focus of the weekend was an introduction to learning the exact proportions of every stroke used in executing each letter of the Tibetan alphabet. Participants eager to work with Tashi in person traveled from Utah, California, Wisconsin and NYC to attend the course along with eight local Community members. 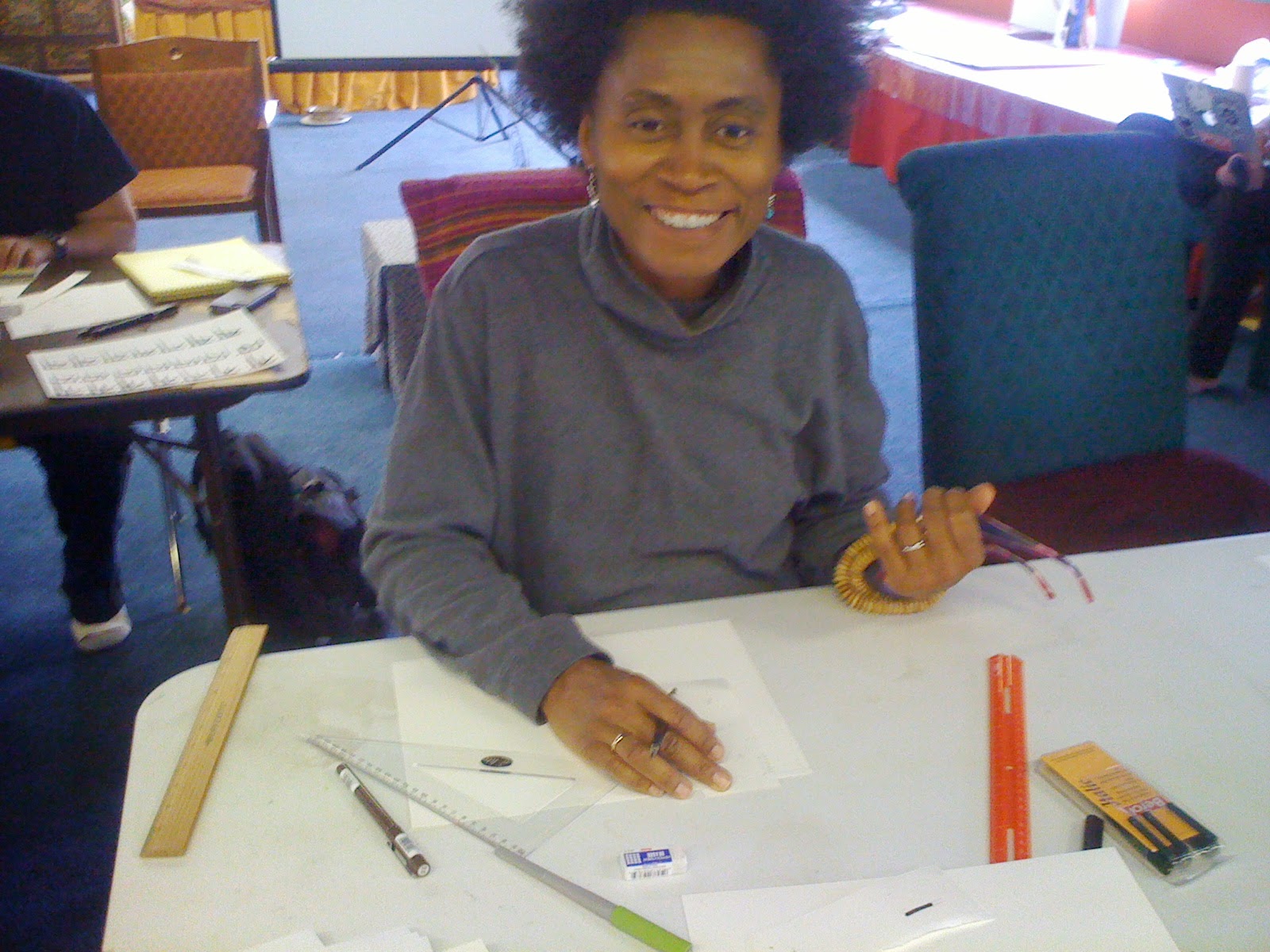 [Pamala traveled from California via NYC to attend the workshop]

Tashi is well suited to this expertise as he was trained traditionally as a monk under the late Akong Rinpoche at Samye LIng, the first Tibetan Buddhist Center in the West. On April 4 (the parinirvana of Chogyam Trungpa) Tashi spoke with eloquence to us about his teachers and inspirations --including the late Trungpa and Akong Rinpoches who founded Samye Ling in Scotland. As many of you recently learned, Akong Rinpoche died tragically in Tibet this winter while delivering funds to a charitable organization.

As a child, Tashi's parents were among the first practicing Buddhists in the West or what the late Akong Rinpoche designated as the first Western Buddhist "family". Throughout childhood his family hosted and befriended many Tibetan lamas.

Tashi's relaxed yet precise style of teaching is the fruition of his many years training and dedication to the discipline of correctly writing Tibetan letters. While in Three Year Retreat, he devised a method of rendering the letters with accuracy while copying hundreds of pages fo text. During the years he was a monk from the age of 22-38, he learned every Tibetan font and their variation from different masters as well as obscure texts from China no longer available. He hopes in the future to create such a manual that can be used by both Tibetans and Westerners who will then preserve this ancient tradition. 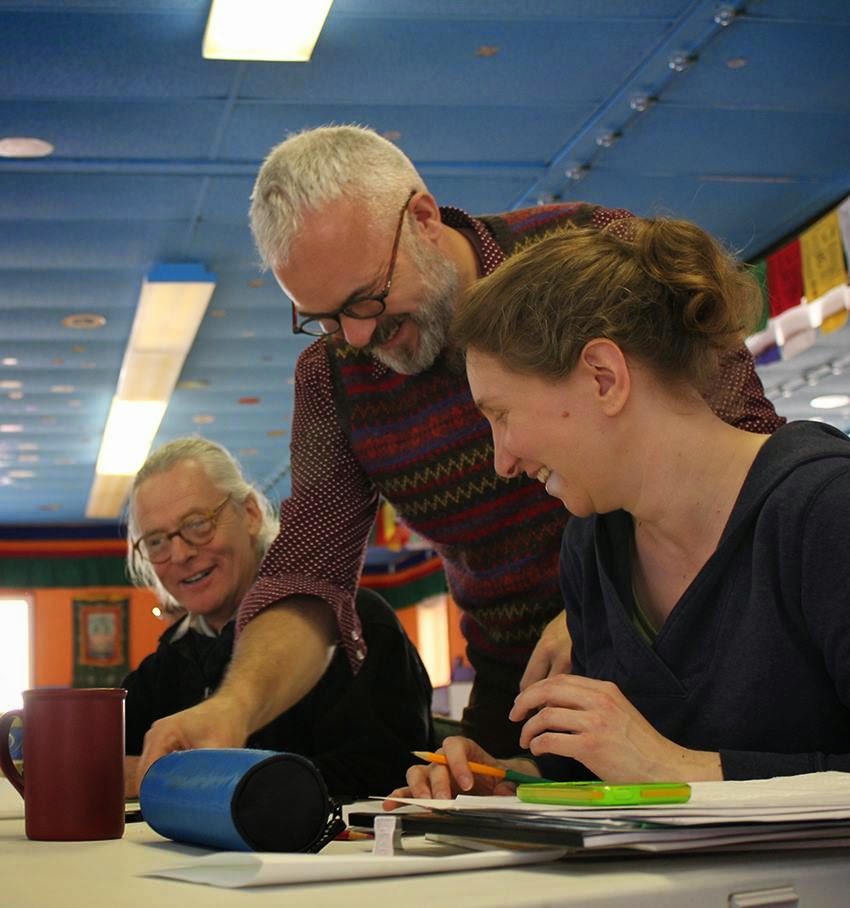 [Tashi with Darcy from Utah] 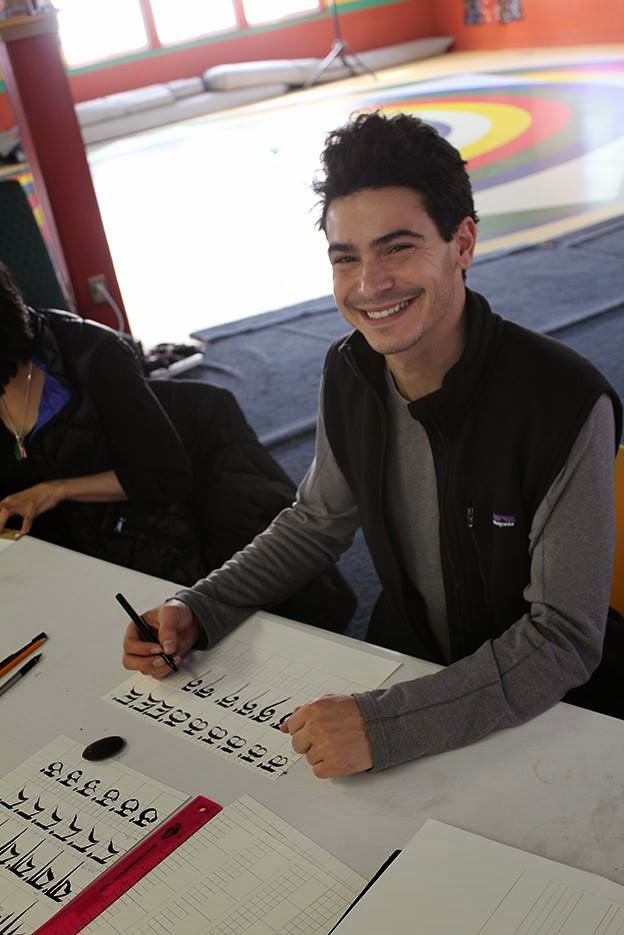 Although our time with Tashi was all too short, he inspired us to go further in the practice of Tibetan calligraphy in order to master the art of beautiful writing. We look forward to initiating a regular practice session using the guide sheets he created during the course.

We deeply approcaite his generosity both as a Teacher and also for donating his demonstration calligraphies done at the end of the workshop which he gave to us for fundraising purposes. Look ahead to view Bret's short video made during the workshop and an interview with Tashi in the Mirror forthcoming in the next issue. 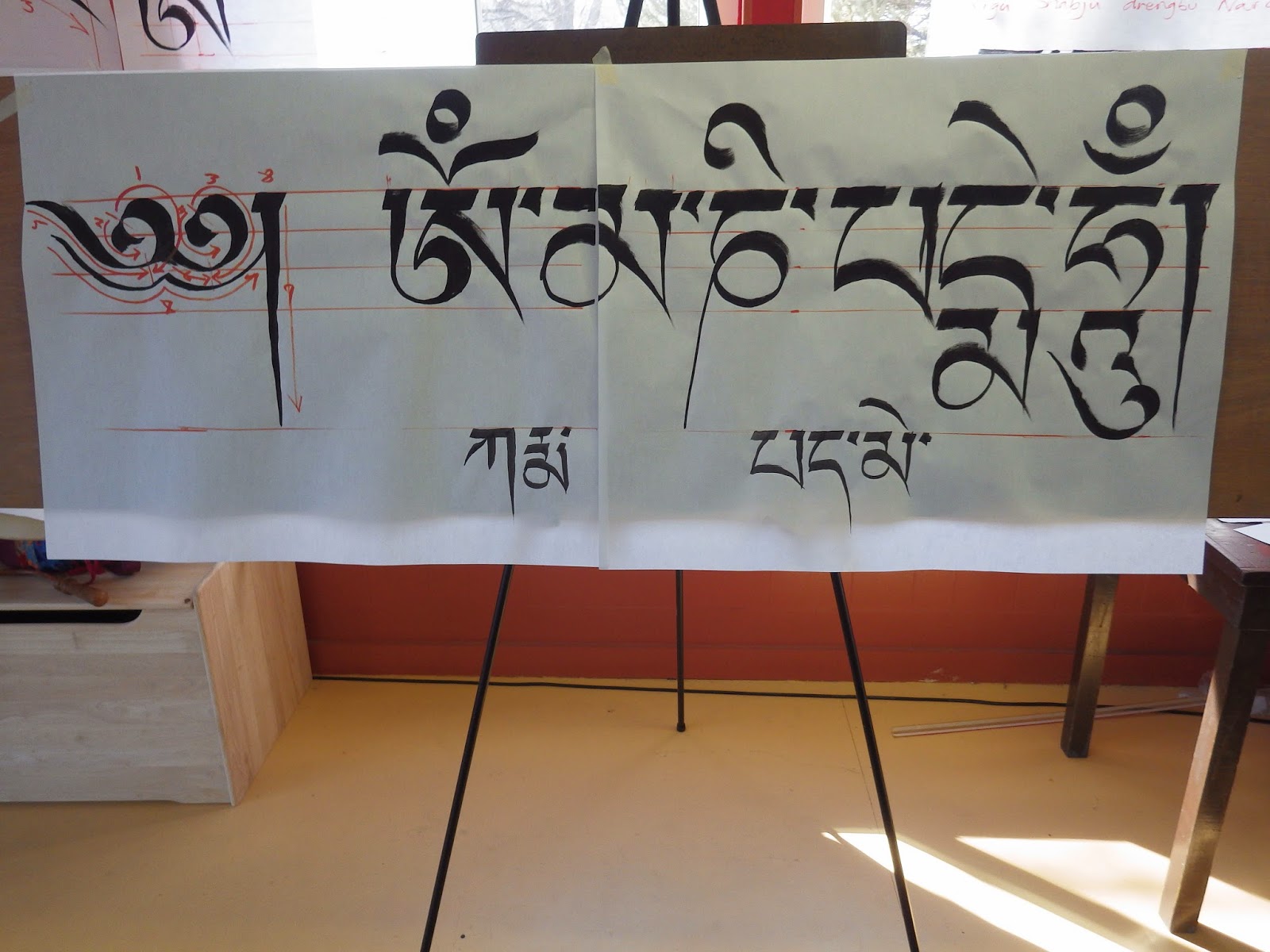 [Photos above courtesy of Alexandros Maximus]


Posted by Jacqueline Gens at 5:25 AM