In preparation for the long awaited Inauguraton* of the Mandala Hall, I wanted to say a few words about the building process of the Mandala Hall over the past five years which I observed up close and first hand.   Back in November of 2008 as the first phase of the Mandala Hall, then called Vajra Hall commenced, an informal procees of documentation was initiated to capture the myriad tasks undertaken to complete the structure to house the Universal Vajra Dance Mandala. 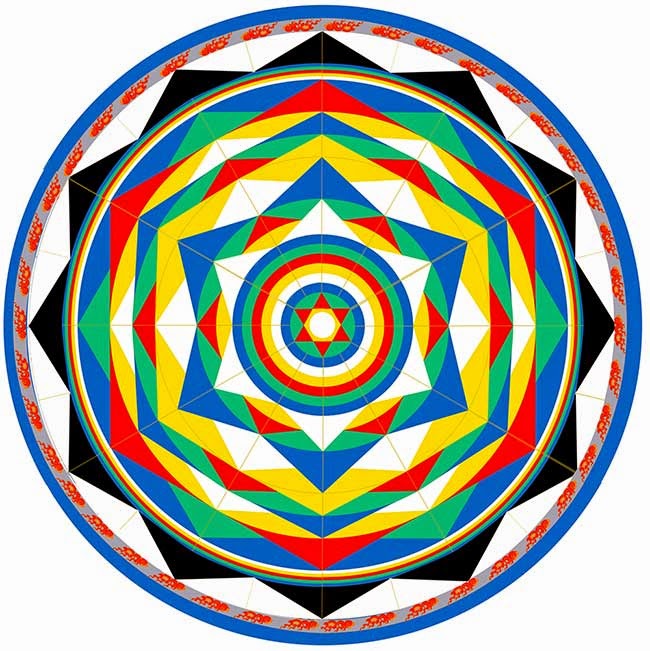 [The universal mandala drawing to scale]

For lack of a more professional film crew to be available 24/7, instead our hearty and ever-ready Tsegyalgar tribe of builders, often armed only with the low tech “Flip” video camera guaranteed even a child could operate, began chronicling the process by pointing and shooting as they talked. Evidently too unprofessional for a “serious” film, nonetheless these early flip videos impart a charming and enthusiastic presence. See our first blog here:


[A early flip video before excavating down to bedrock]


Later, photo slideshows accompanied by spicy narrations from Joe Zurylo summarizing the work as it was happening in situ began to surface on Norbunet and Tsegyalgrnet to much acclaim as people in the community around the world rallied to our vison and efforts. After each post well wishes came pouring in along with donations.

From its onset the building of the Mandala Hall has been an international collaboration and shared collective venture of blood, sweat, and tears on the one hand and pure bliss, on the other.  Rendered possible through the dedicated and enthusiastic support of donors underwriting the hefty costs. the international community’s generosity has waxed transcendental. From Vajra dance teachers to major donors from around the globe, this project amid great challenges has come to fruition from the deep well-springs of devotion to our Teacher, Choegyal Namkhai Norbu whose visionary capacity brought us the Vajra Dance.

Observing from the beginning myself, I want to say that the extraordinary efforts  of our community builders is nothing short of awesome as they sought to end their community building karma yoga with the flower of the Mandala Hall.   We are not talking youngsters in their prime here but grown men on the cusp of their senior years expending almost super human efforts and meeting endless challenges and obstacles, mostly with grace. If you want to know a living paradigm for the  paramita of diligence and enthusiasm much as the great siddha Milarepa exhibited, come to Tsegyalgar East.  In my minds eye, not a few times  I sighted that tormented Milarepa toiling away at moving and removing heavy stones at the top of our glorious mountain in the hot sun out of sheer devotion.

Truly such “construction” resonates with the literal meaning or Poesia as “makers’ where the daimon of making something appear where once there was nothing is magic.  In the great expanse of primordial space, one sees in brilliant splendor what the ancients called joining heaven and earth where bedrock meets sky via that strange spaceship like structure atop our mountain, our Victorious Peak. May all beings join us on the journey to liberation. 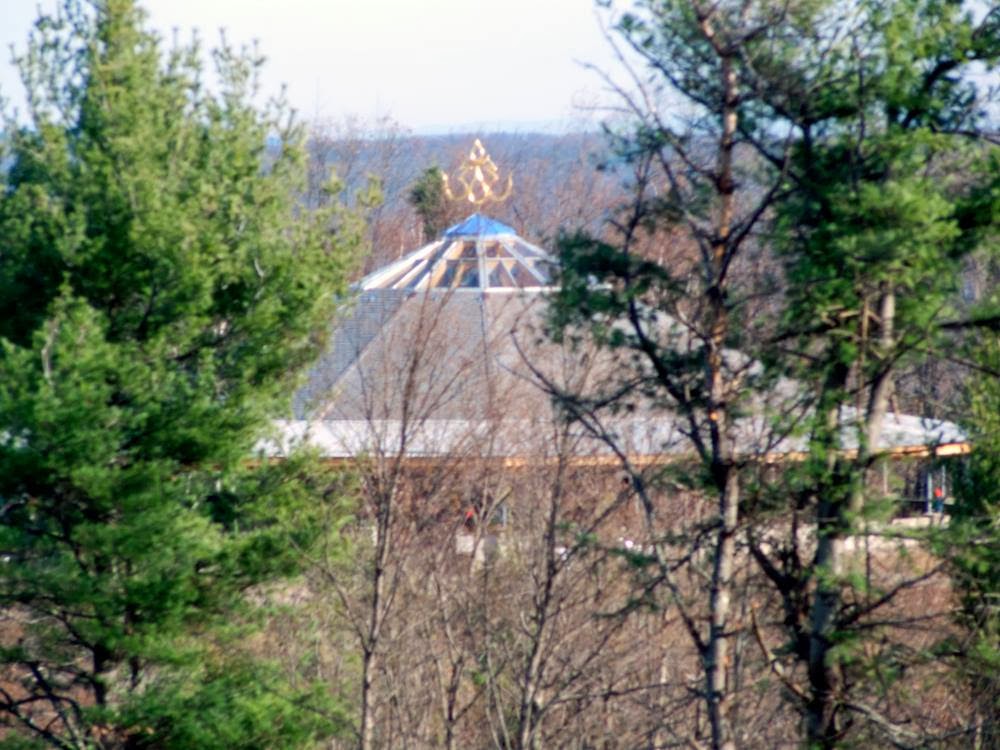 For detailed information about the building of the Mandala Hall visit:
http://Tsegyalgar.org/localcenters/tsegyalgareast/vajrahall/  where you will find many links to videos and slideshows.

Saturday morning, July 12, 2014 9L45 AM Everyone seated on Khandroling (see parking directives. Consecration of the Universal Mandala with the ritual practices of Goma Devi and Ganapuja.

Posted by Jacqueline Gens at 3:44 AM